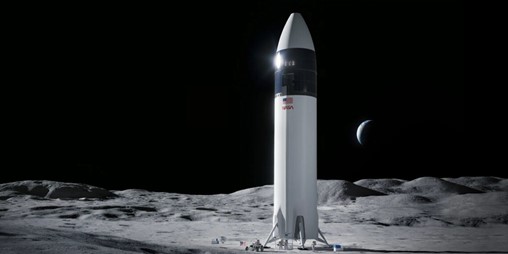 Elon Musk’s SpaceX is reportedly raising $750M (approximately €707M) in a new round of funding at a valuation of $137B. According to CNBC, Andreessen Horowitz (a16z) will likely lead the funding round. The VC has previously invested in SpaceX alongside Founders Fund, Sequoia, Gigafund, and others. The announcement comes one month after SpaceX allowed insiders to sell at $77 per share, reportedly at a valuation of $140B, making it the most valuable private business in the US. Last year, SpaceX raised $2B , including $250M in July. Andreessen Horowitz: What you need to know Based out of California, Andreessen Horowitz (also known as a16z) is a stage-agnostic venture capital firm with $19.2B in assets under management across multiple funds, including the $1.4B Bio funds, the $3.1B Crypto funds, and the Cultural Leadership Fund. The company invests in seed to late-stage technology companies across the consumer, enterprise, bio/healthcare, crypto, and fintech spaces. Horowitz was also a co-investor in Musk’s Twitter buyout deal worth $44B, contributing around $400M. SpaceX in 2022 Elon Musk’s SpaceX had a pretty successful 2022. But it had a few delays concerning its Starship programme, which is part of NASA’s effort to take astronauts back to the Moon. In 2022, SpaceX launched 61 orbital missions, doubling its previous record of 31 in 2021. “On average, SpaceX launched every six days from one of our three sites with 92 per cent of missions completed with flight-proven first stage rocket boosters, and Falcon 9 now holds the world record for most launches of a single vehicle type in a single year,” says the company. After the 61st launch, Elon Musk took to Twitter, saying, “Launch 61 of 2022. Congrats, SpaceX!” On the other hand, Starlink surpassed 1M subscribers and provided a lifeline to users in Ukraine who suffered infrastructure disruptions after Russia’s invasion. NASA and SpaceX collaboration In November 2022, NASA awarded a contract modification to SpaceX to further develop its Starship human landing system to meet agency requirements for long-term human exploration of the Moon under the Artemis programme. NASA initially selected SpaceX to develop a human landing system variant of Starship to land the next American astronauts on the Moon under Artemis III, marking humanity’s first return to the lunar surface in more than 50 years. SpaceX will also conduct an uncrewed demonstration mission to the Moon before Artemis III as part of that contract. Under Artemis, NASA will send a suite of new lunar science instruments and technology demonstrations to study the Moon, land the first woman and first person of colour on the lunar surface, establish a long-term lunar presence, and more. The agency will leverage its Artemis experiences and technologies to prepare for the next giant leap – Mars.