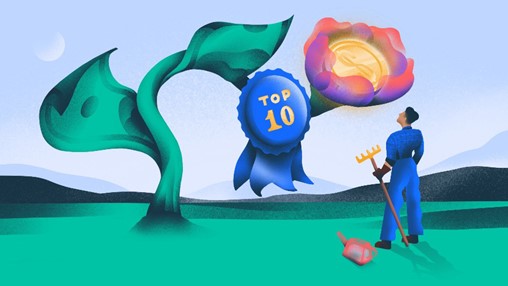 This is a weekly feature that runs down the week’s top 10 announced funding rounds in the U.S. Check out last week’s biggest funding rounds here. Despite last year’s decline in venture capital investment, the first week of the new year saw some sizable deals. Three were more than a quarter-billion dollars, and the top seven made it into the nine-figure realm. This week may be more of an outlier than a harbinger of things to come in light of recent headlines of layoffs and a looming recession, but it still is a big kickoff to the new venture year. Search less. Close more. Grow your revenue with all-in-one prospecting solutions powered by the leader in private-company data. 1. SpaceX, $750M, space: Elon Musk’s rocket and satellite company raised a lot of cash in 2022, and this year may be more of the same. SpaceX is looking to raise a fresh $750 million round at a $137 billion valuation, CNBC reported. The report also said an email revealed a16z will likely lead the new funding round — the same VC firm also helped Musk in his $44 billion Twitter buyout. The Hawthorne, California-based startup raised $1.68 billion in June 2022 that valued it at more than $125 billion. The space startup quickly added another $250 million in July. It has raised a total of nearly $10 billion, according to Crunchbase data. Previous investors in the company include NASA, Stack Capital, Bracket Capital and the United States Space Force, among others. 2. Netskope, $401M, cybersecurity: There must be something about cybersecurity startups and $401 million in convertible notes. In October, Eden Prairie, Minnesota-based Arctic Wolf raised $401 million in convertible notes led by existing investor Owl Rock. This week another startup, Santa Clara, California-based Netskope received a $401 million convertible note investment led by Morgan Stanley Tactical Value. Both Netskope and Arctic Wolf are companies that have been rumored to be IPO candidates for the past few years, so such financings make sense with the path to the public market blocked. Convertible notes work like a short-term loan, but are repaid to the investor at a later point in equity — i.e. after an IPO — typically at a discount and can also include an interest rate. Founded in 2012, Netskope has now raised $1.4 billion, per Crunchbase. 3. Silicon Ranch Corp., $375M, renewable energy: Silicon Ranch Corp. actually announced a $600 million raise this week, but only the initial funding of $375 million has closed, with the additional $225 million expected to fund in early 2023. Founded in 2011, Silicon Ranch provides customized renewable energy, carbon and battery storage solutions for a variety of partners across North America. Last year, the company installed 11 new solar facilities that produce nearly 700 megawatts of new generating capacity. Silicon Ranch is no stranger to large raises; it raised $775 million early last year. The company has now raised about $1.6 billion, per Crunchbase. 4. Asimov, $175M, biotech: Biotech was big in a slow week, and Boston-based Asimov led the way with a $175 million Series B led by Canada Pension Plan Investment Board. The startup is developing a synthetic biology platform to design and manufacture next-generation therapeutics, including biologics, cell and gene therapies, and RNA. It currently partners with more than 25 companies that include pharmaceutical companies, biotechs and manufacturing organizations. Founded in 2017, Asimov has raised more than $200 million, per the company. 5. (tied) Chronosphere, $100M, analytics: New York-based Chronosphere, which helps companies monitor their cloud-based applications, raised $100 million from GV, per a report in The Information. Founded in 2019, the startup has now raised more than $350 million, according to Crunchbase. 5. (tied) Metagenomi, $100M, biotech: Metagenomi apparently was in no rush to close its Series B. Almost a year after announcing it had raised $175 million, the biotech company decided to add another $100 million in a Series B extension financing, co-led by Novo Holdings A/S, Catalio Capital Management and Symbiosis. The Emeryville, California-based genetic medicines company has raised more than $450 million, according to Crunchbase data. The startup uses metagenomics and machine learning to discover genome editing systems for therapeutics. 5. (tied) Synthekine, $100M, biotech: Menlo Park, California-based biotherapeutics startup Synthekine closed a $100 million Series C led by The Column Group. Founded in 2018, the company has raised nearly $290 million, per Crunchbase. 8. Ensoma, $85M, biotech: Boston-based genomic medicines company Ensoma closed an $85 million financing co-led by Arix Bioscience and 5AM Ventures. Founded in 2019, the startup has raised $155 million, per Crunchbase. 9. Perceive Biotherapeutics, $78M, biotech: South San Francisco, California-based Perceive Biotherapeutics raised a $78 million Series B led by Johnson & Johnson Innovation. It is the company’s first announced round, according to Crunchbase data. 10. (tied) Belharra Therapeutics, $50M, biotech: San Diego-based Belharra Therapeutics came out of stealth this week in a big way — securing $130 million. First, the startup — which has developed a chemoproteomic-based drug discovery engine — locked up a $50 million Series A from founding investor Versant Ventures. It also announced a multiyear collaboration with Genentech that will provide the startup with $80 million in upfront capital. 10. (tied) Nano-C, $50M, advanced materials: Boston-based Nano-C, a chemical company involved in energy and electronics applications, received $50 million from COTE Capital. Founded in 2001, the company has raised more than $67 million, according to Crunchbase. Big global deals With so many big rounds in the U.S. this week, only one from abroad cracked the top five. U.K.-based Upstream Health, which provides technologies for health and social care teams, raised a $140 million Series B. Methodology We tracked the largest announced rounds in the Crunchbase database that were raised by U.S.-based companies for the seven-day period of Dec. 31 to Jan. 6. Although most announced rounds are represented in the database, there could be a small time lag as some rounds are reported late in the week.