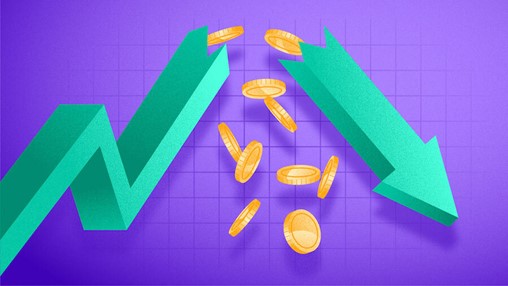 While everything Web3-related dominated much of 2021 and the early part of last year, the end of 2022 showed a significant cooling of investor interest in the still young space. The softening of the market is not unusual, considering the significant venture capital spending pullback witnessed globally and investors likely turning to more mature, proven industries. Search less. Close more. Grow your revenue with all-in-one prospecting solutions powered by the leader in private-company data. However, the crypto winter and shakiness of the digital asset market also undoubtedly drove investors in a different direction — something that likely will be exacerbated with the dramatic collapse of FTX. The final quarter of last year proved the most brutal as funding fell a staggering 74% from the same quarter in 2021, dropping from $9.3 billion to just $2.4 billion, according to Crunchbase data. The total dollar amount also makes it the lowest quarterly total since just about $1 billion went to startups in Q4 2020. The fourth quarter continued a clear downward trend in investment in the space, as dealmaking dropped every quarter of last year. Deal flow also declined quarter by quarter in 2022, with only 327 funding deals being announced last quarter — compared to a staggering 677 in the first quarter of the year. In Web3, Amber Group, Matter Labs, Uniswap and Mineplex were the only companies to announce rounds above $100 million last quarter, whereas Q4 2021 had 20 such rounds. 2021 vs. 2022 The overall numbers for the year paint a slightly better picture for startups that may be looking for funding in the new year. Funding to VC-backed startups in Web3 fell by about about a fourth — from a record high of $29.2 billion in 2021 to about $21.5 billion last year. Deal count remained pretty even, with a difference of fewer than 100 deals for the year. However, unlike 2021 when FTX, NYDIG and Robinhood raised rounds of $1 billion or more, 2022 saw no round nearly that size. The largest rounds of 2022 per Crunchbase data were: Brooklyn-based blockchain startup ConsenSys locked up a $450 million round at a valuation of over $7 billion in March led by ParaFi Capital — just about four months after its $200 million Series C. ConsenSys develops decentralized protocols software that runs on the ethereum network and allows developers and enterprises to build on Web3. In February, India-based Polygon Technology, a scaling platform for the ethereum blockchain, closed a $450 million round led by Sequoia Capital India at a reported $13 billion valuation. Miami-based Yuga Labs closed a $450 million “seed” round led by a16z crypto, valuing the company at $4 billion in March. Yuga Labs is best known for its Bored Ape Yacht Club NFT collection. In April, Boston-based internet finance firm Circle Internet Financial raised a $400 million private equity round from BlackRock, Fidelity Management and Research, Marshall Wace and Fin Capital. Two other startups also raised $400 million rounds this year in the sector — FTX and FTX US — and are likely prime reasons Web3 funding will have a hard time rebounding. Overall, there were three dozen rounds in 2021 of $200 million or more that went to VC-backed Web3 startups, while last year saw only 25. End of Web3? It is easy to look at the total numbers, and especially the current downward trend, in Web3 funding and conclude the “Web3 fad” is over. However, it is important to look at ventures overall. With VCs pulling back on their investment checks, many are looking for industries that have been proven out — not the hope of a new decentralized application or digital asset exchange. Web3 is relatively new and many investors are not nearly as used to it as areas such as SaaS, enterprise software or traditional fintech. In uncertain times like now, many are likely to shy away instead of jump in with both feet. The crypto winter and the rockiness in that market also has undoubtedly played a role. When VCs were pouring money into the sector, bitcoin was hitting highs at nearly $70,000. Now, crypto headlines are dominated by one of the greatest debacles in startup history — which everyone will watch play out this year in courtrooms. That will not help Web3 funding, but the FTX debacle could start to separate the good from the bad in the crypto sector and begin to give investors more confidence in all things decentralized and Web3 as a whole. Or 2022 could be the start of something dangerous for many Web3 startups. Methodology For Web3 funding numbers we analyze investments made into VC-backed startups in both cryptocurrency and blockchain.